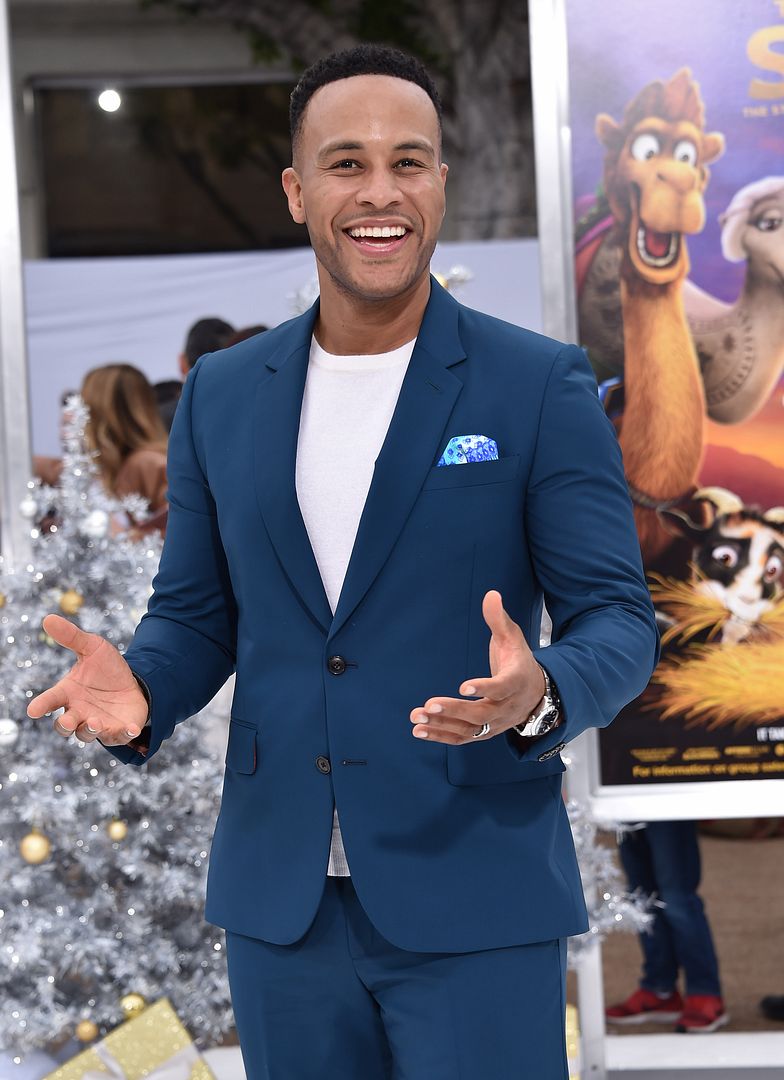 A fresh – familiar – face will be starring in the upcoming season of “Married At First Sight.” Hollywood producer/pastor/relationship advisor DeVon Franklin will be lending his expertise for a new group of newlyweds. Deets inside…

DeVon Franklin has responded to critics who say he shouldn’t be a relationship expert when he’s divorced.

"Moment of Truth: Last year, Married At First Sight (@mafslifetime) invited me to come on the show," he wrote. "I agreed to do it … and then the divorce hit. They came to me and said that didn’t matter to them because they still felt like I could help their couples. I was going to tell them “No” because I felt shame and that voice in my head said, “you’re a failure, how can you help anybody save their marriage when yours didn’t work out.” That voice in my head also had me thinking about what would “people” say? Would “people” approve or disapprove? And then I had to ask myself: Is this how I’m going to live the rest of my life? In fear about what “people” say? And who are “people” anyway? So I went back to the @mafslifetime team and told them YES, I’ll still come. I REFUSE TO LIVE IN FEAR OR SHAME!"

"And guess what? When I went to do the show, something powerful happened. Everything I’ve been through, I was able to draw upon to help a couple successfully sort through their issues (you’ll have to watch to find out which couple)"

"A lot of times that voice in our heads is our worst enemy. It tries to talk us out of what God is trying to talk us into.

"I was trying to get through this life perfect and without failure, now I’m just living to get through it truthfully and if what I’ve learned about love and relationships can help someone, then I’m here for it."

"Let me know what you think when you see it, new season premieres on 7/6. #dftruestyear"

Season 14 of LIFETIME’s “Married At First Sight” just wrapped up, ending with two successful couples deciding to stay together for the long haul.

Over the past few years, three relationship experts – Pastor Calvin Roberson, Dr. Pepper Schwartz, and Dr. Viviana Coles – match, and then guide a group of single men and women through an eight-week experiment where the first time they meet their husband or wife is at the alter. After the couples are matched and they tie the knot, the experts help the newlyweds navigate their unconventional marriage as they learn about the stranger they legally wed.

The next “MAFS” installment will take place in San Diego, and it’s the first time the show as featured a west coast-cast. That’s not the only thing new about the upcoming season. There will also be two new experts joining the cast. Dr. Viviana, who joined in 2019 as the relationship and sex expert, will not be a part of Season 15 to pursue other projects.

Pastor Cal and Dr. Pepper will return to provide guidance to the couples. They will be joined by Hollywood producer and New York Times bestselling author DeVon Franklin and psychotherapist Dr. Pia Holec, who specializes in sex and couples’ therapy, who will assist in the matchmaking process.

Thank you excited to join! https://t.co/DIa6Fno2Fb

In a tweet, the new “MAFS” expert said he was “excited to join” the show.

DeVon is the producer of inspirational films such as Miracles From Heaven and Breakthrough. He’s also the author of four books, including two relationship books, “The Wait” and “The Truth About Men: What Men and Women Need to Know.” He co-wrote “The Wait” with his ex-wife, actress Meagan Good.

DeVon and Meagan were married for over nine years before he decided to file for divorce in December 2021.

It seems Season 15 may have already been filmed as the new season is set to premiere Wednesday, July 6th at 8pm EST on LIFETIME. It’ll debut with a three-hour long episode, introducing you to the new couples.

Will you be tuning in?

'SPRING' FORWARD: THE TV SHOWS YOU NEED TO BE WATCHING THIS '22 SEASON!