Netflix’s "Squid Game" is gaining popularity globally and folks are losing it online about the Korean survival drama series. Get into the hilarious memes, the crazy lawsuit Netflix is dealing with (because of the series) and more inside…

It’s the Internet’s favorite show right now and it’s been trending since it was released on the streaming service September 17th. The nine-episode Korean thriller has everyone on the edge of their seats, watching to see which player will take home the grand prize of 46.6 billion won after a series of "kids games" with a gruesome twist. And some type of way, folks are finding it impossible not to watch, despite the anxiety and death that comes with it.

According to Netflix‘s co-CEO Ted Sarandos the series is poised to become Netflix’s biggest "non-English-language show in the world." Yes, it’s really like that.

"It’s only been out for nine days, and it’s a very good chance it’s going to be our biggest show ever," Sarandos said last month.

In fact, it’s so popular Netflix is being sued due to its success. No joke.

‘Squid Game’ creator Hwang Dong-hyuk wrote the show in 2009 but was rejected by studios for 10 years.

He once had to stop writing the script + sell his $675 laptop due to money struggles.

South Korean Internet service provider SK Broadband has sued Netflix (NFLX.O) to pay for costs from increased network traffic and maintenance work because of a surge of viewers to the U.S. firm’s content, an SK spokesperson said on Friday.

The move comes after a Seoul court said Netflix should "reasonably" give something in return to the internet service provider for network usage, and multiple South Korean lawmakers have spoken out against content providers who do not pay for network usage despite generating explosive traffic.

Netflix said it will review SK Broadband’s claim, and seek dialogue and explore ways in the meantime to work with SK Broadband to ensure customers are not affected.

This isn’t the first time Netflix has had a run-in with the Korean internet service provider. Variety reports:

Netflix last year launched its own legal action against SK Broadband in order to test the fees question in court. In June, a Seoul District Court found against Netflix and ruled that SK is providing a service at cost and that it would be reasonable for Netflix to pay “something in return.” SK is understood to have argues that Netflix needed to pay it close to $23 million for 2020 carriage alone. Netflix’s appeal against the decision is scheduled for December.

#Paris
A fight in the middle of the street on the occasion of the event #SquidGame related to the series #Netflix pic.twitter.com/r9mEDndmGL

A fight reportedly broke out in the streets of Paris outside of a "Squid Game" pop-up store. It’s unclear what prompted the brawl or whether anyone involved was arrested. Peep the chaos above. Insane.

After its premiere, the thriller went viral on social media, prompting tons of hilarious memes. If you haven’t watched the series, you may not get it. However, if you’ve seen at the least first episode….IYKYK. 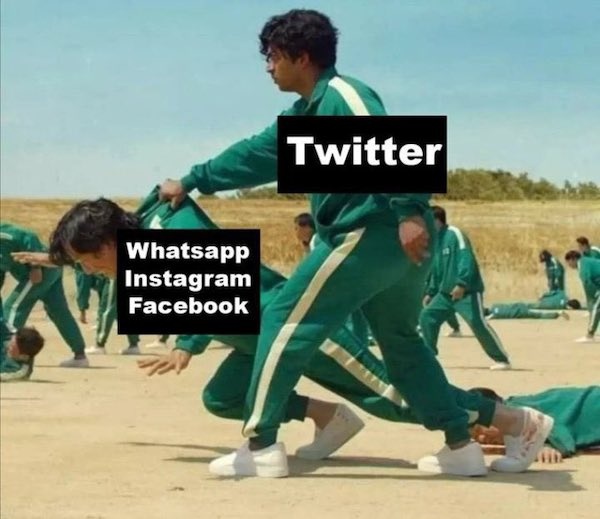 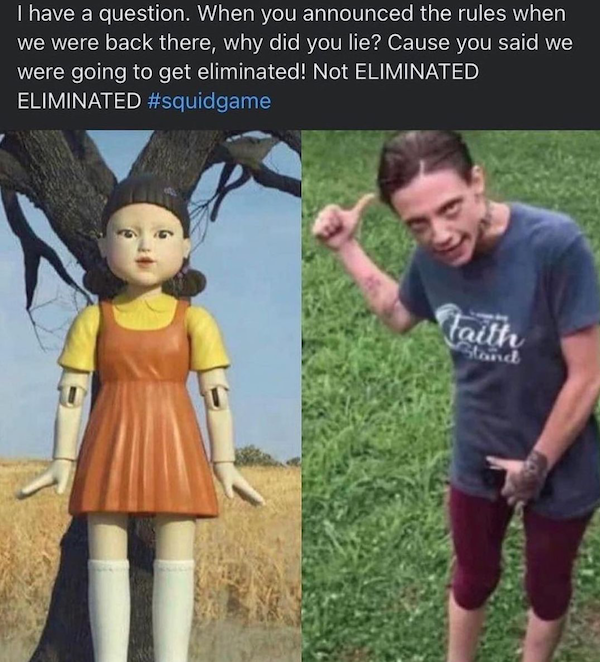 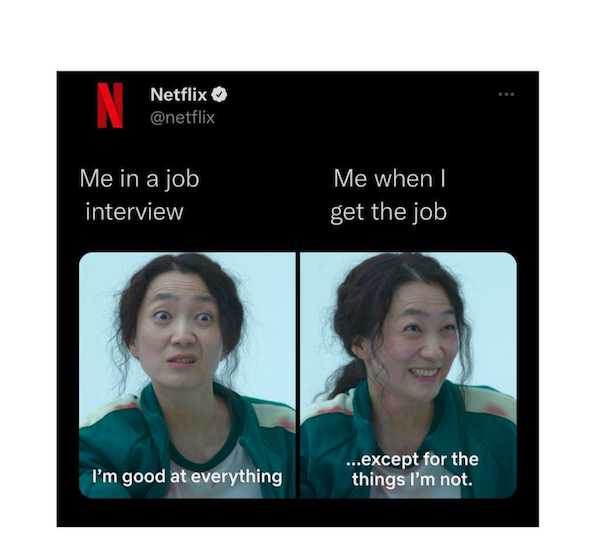 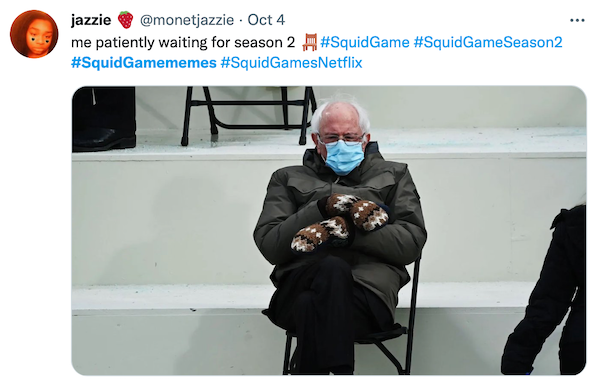 Will there be a second season? Series director Hwang Dong-hyuk is remaining coy…for now.

We’ve got a whole gallery of #SquidGame memes.  Have you watched?!