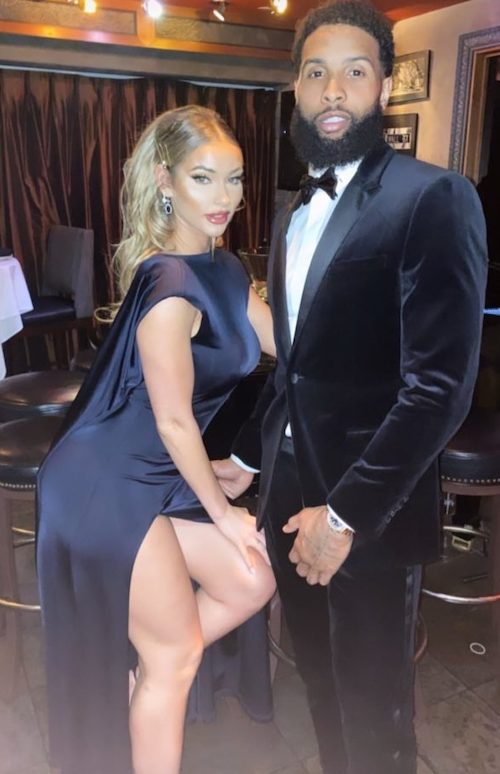 Word on the curb is that NFLer Odell Beckham Jr. and his IG model girlfriend Lauren Wood are expecting a baby soon! There are some photos circulating that are believed to be Lauren with a baby bump. There’s even an Instagram DM exchange that is serving as receipts.

Decide for yourself inside…

Apparently, some photos of a woman – who is supposedly LoLo – with a baby bump in the gym are circulating and fans believe it’s Lauren herself.

We’re not exactly sure if the woman in the photos is, in fact, Lauren. We all know how IG models use makeup and filters to completely change their look on The Gram and are often unrecognizable in real life.

The IG blog that shared the baby bump flicks also shared screenshots of a conversation Lauren supposedly held with someone who sent her the gym baby bump flick.

In the direct message conversation, Lauren seemingly confirmed it was here and basically said the photo was a "bad angle" of herself.

The person said they wouldn’t post anything about her pregnancy if she wanted them to keep it private.

"Lol girl I appreciate you sending this to me before it was spread. I had it taken down, Pls keep this between us," Lauren allegedly wrote.

The person agreed to do so and Lauren responded, "Thank u for respecting our privacy."

We can’t confirm if these DMs are authentic, but they surely have folks speculating a pregnancy is abound.

It’s unclear how long OBJ and Lolo have been coupled up, but they put their relationship on front street in November 2019, on the wide receiver’s 27th birthday. Since then, they both have shared lovey dovey flicks of themselves for their combined millions of followers. 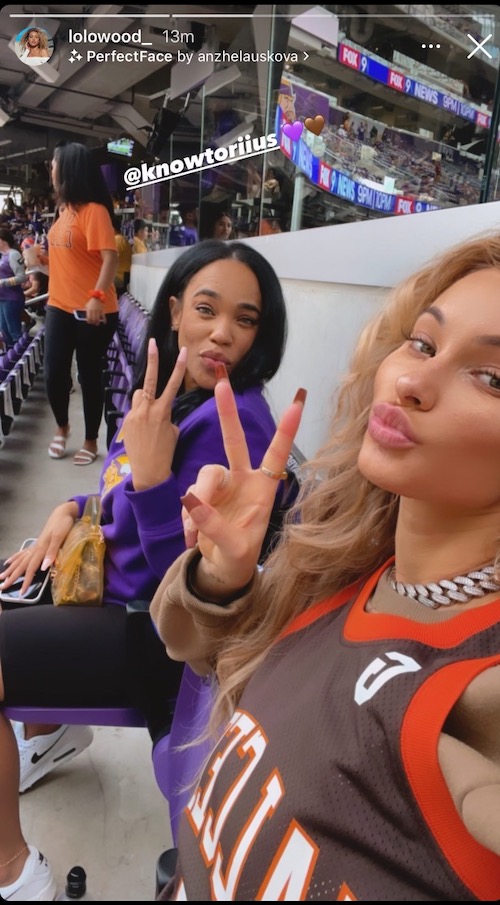 On Sunday, the Cleveland Browns wide receiver played his first game of the season after a long recovery from an ACL injury.  Lolo (pictured above) was there to cheer him on rocking his jersey. After the game, he said his legs aren’t quite ready, so he’ll likely miss a few more games before he returns.

More time to spend with his pregnant girlfriend…IF she’s pregnant.