A little Rocky or RiRi on the way? Not so fast. It’s all rumors. For now.

Over the last decade or so, it seems there’s a "Rihanna is pregnant" rumor. Now, folks are speculating if the Bajan baddie is carrying her boyfriend A$AP Rocky’s child after her appearance at the 2021 Met Gala in NYC.

Before she (literally) shut down the Met Gala carpet, she was spotted making her way inside of her hotel. Screaming fans stood outside of the hotel as the "Work" singer made her way into the establishment. Decked in all black, fans are now speculating if they see a baby bump. Check it:

Then, she made her way to the Met Gala with Rocky:

Serving up her interpretation of the "American pride" theme, the Grammy Award winning singer was the final celebrity to hit the Met Gala carpet, closing the night out in an oversized Balenciaga overcoat accessorized with a matching hat, custom designed Demna Gvasalia. Fans think she chose the "blanket dress" to hide her alleged baby bump.

Rihanna is pregnant, isn’t she? Otherwise she wouldn’t dare to wear some Bed Bath & Beyond king size blanket pic.twitter.com/QAoneg3MtA

Joining her on the carpet, Rocky turned heads in giant quilt from ERL’s spring 2022 collection.

He eventually took the coat off and showed off his black tuxedo underneath:

Me after seeing ASAP Rocky take off his coat just for him to be wearing a black suit #MetGala2021 pic.twitter.com/Oqlcp3UaC1

After the Met Gala, Rih & Rocky made their way to the singer’s private annual Met Gala afterparty 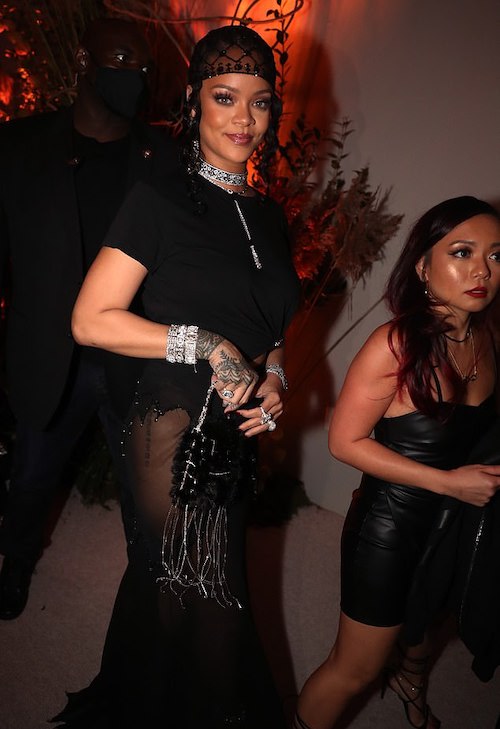 Rih stripped down into something more fitting (and sheer) to turn up in before greeting Migos rapper Quavo: 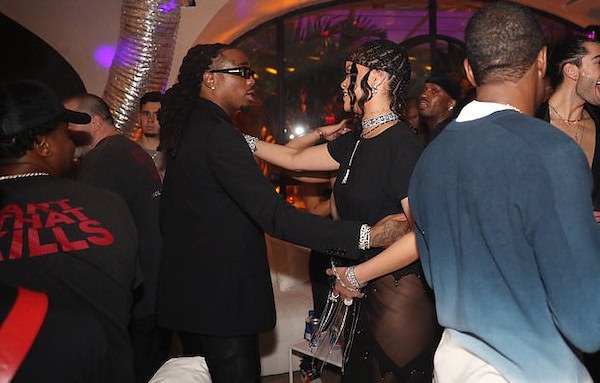 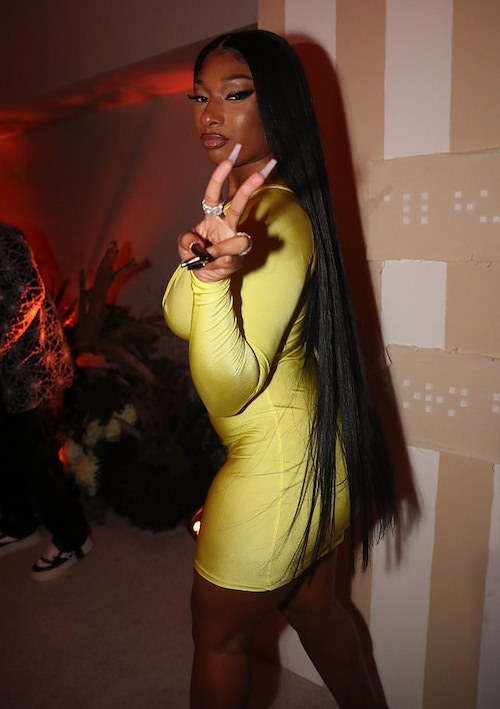 Megan Thee Stallion switched out of her Coach dress for something more dance floor ready. 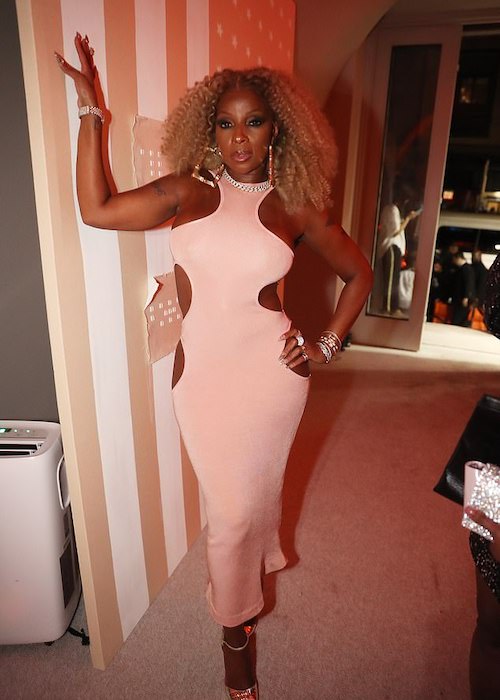 The gorgeous Mary J. Blige slipped out of her Peter Dundas gown and changed into this pink cut-out dress for the afterparty scene.

As you know, Rih is a huge "Real Housewives of Beverly Hills" fan, so it was no surprise Kathy Hilton from RHOBH was in the afterparty mix. 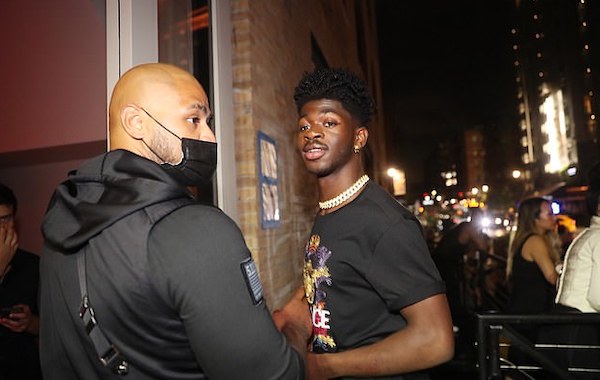 Normani at Rihanna’s Met Ball afterparty. (as usual no picture of the two of them. Why do they hate me?) pic.twitter.com/rEtrlDQGuE