It’s fashion’s biggest night and the girls did not disappoint. Fashion heads were treated with American-inspired ‘fits for this year’s theme where celebs served up 70s realness, timeless Old Hollywood glam and a dash of EXTRA that we all love and appreciate in fashion.

The 2021 Met Gala was sprinkled with everything we didn’t know we needed for its "comeback" ball after canceling last year’s event due to the COVID-19 pandemic.

The gala was in celebration of Metropolitan Museum of Art’s newest exhibition, “In America: A Lexicon of Fashion,” which opens to the public in the Anna Wintour Costume Center on September 18th. Before the official opening of the exhibit, celebs made their way to the carpet of the annual Met Gala to share their interpretation of the "American independence" theme.

"Grown-ish" starlet Yara Shahidi did NOT disappoint when she pulled up on the carpet. The 21-year-old actress executed her American theme interpretation with perfection as she paid homage to an iconic Black woman in America: American-born French icon Josephine Baker. How fitting.

The young activist floated up the stairs in a custom strapless Christian Dior gown that featured intricate beading. She topped her look off with a diamond headband placed delicately over cornrows that cascaded into brushed-out curls. The gloves and the train topped off her stunning look of the night. 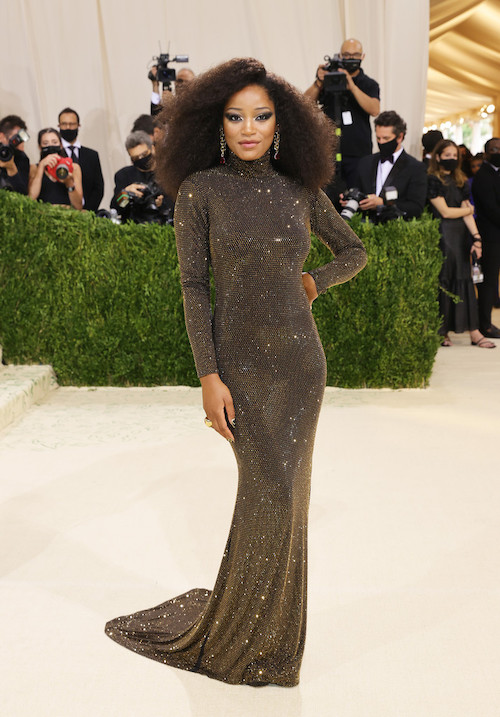 Keke Palmer channels her inner Diana Ross to pay homage to the iconic singer for her first time attending (and hosting) the Met Gala. She rocked a sparkly floor-length Sergio Hudson gown. Her hair and makeup really pulled her look together to ooze 70s realness. 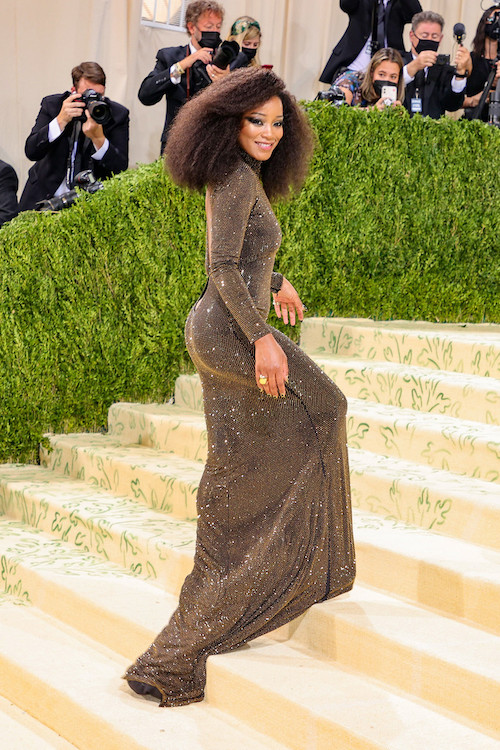 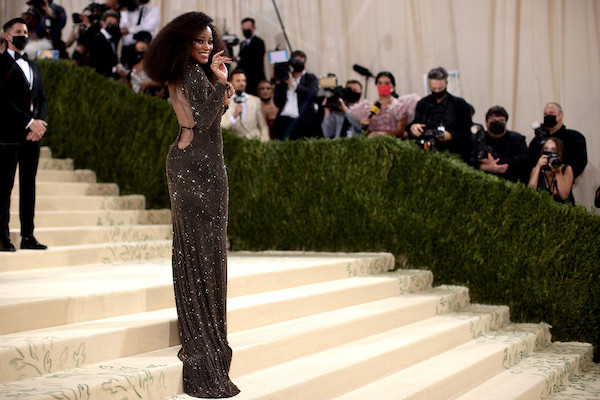 Not only did she slay the carpet, she also served as a co-host of VOGUE’s red carpet livestream where she interviewed celebs as they made their way down up the stairs to the event.

Watch Keke chopping it up with famed sprinter Sha’Carri Richardson below: 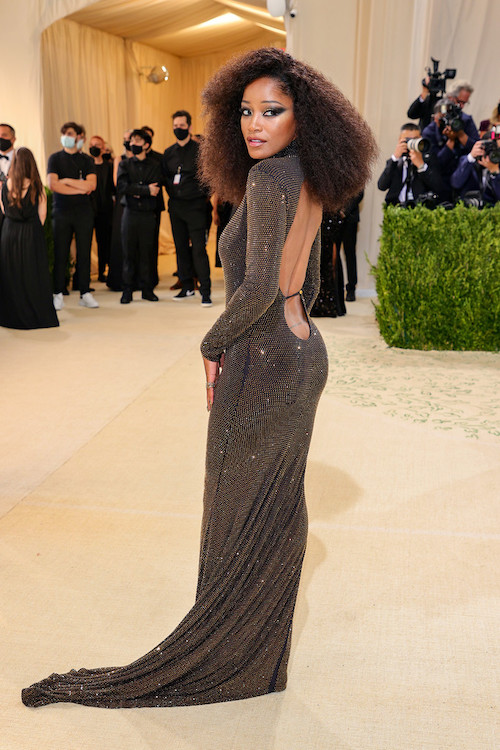 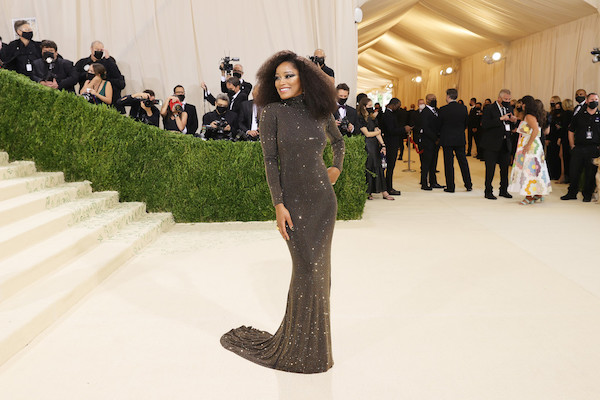 Zoe Kravitz bared it all on the carpet in a sheer crystal Saint Laurent by Anthony Vaccarello slip dress. She rocked a silver thong underneath, exposing some butt cleavage for the masses.

Zoë Kravitz at the 2021 Met Gala in Yves Saint Laurent

I say, if you’ve got the bod & you’re dating Channing Tatum, go for it.

Or is it too chainmail beachwear?

I can’t decide. I do however have a song stuck in my head now.

Her rumored boo Channing Tatum was also in the mix, although they didn’t do the carpet together.

Actress Tessa Thompson served up Western vibes in Iris Van Herpen with the hat and boots to match. Love the dress. The hat & the boots…not so much. Tony and Grammy-winner Cynthia Erivo sashayed down the carpet in a cream-colored Moschino gown and dripped in jewels by Roberto Coin.

Here we are. Audra McDonald in Sergio Hudson. Very nice. I like the bracelets. I wonder if the shirt comes off when it gets hot on the dance floor? pic.twitter.com/AWI7z1rMYS

Broadway starlet Audra McDonald was a breath of fresh air in Sergio Hudson.

Model Precious Lee, who was invited by Instagram who had a table full of celebs, posed it up in a glittery dress by Area. SLAYED.

A post shared by The Metropolitan Museum of Art (@metmuseum)