Following the perfectly crafted blueprint of the one and only Beyoncé Giselle Knowles-Carter, Chlöe had tongues wagging and folks singing her praises for entertaining the masses with an incredible solo debut during this year’s MTV Video Music Awards.

Peep her performance inside…

The singer Chloe Bailey is gone. Chlöe has entered the chat.

We grew to love her as 1/2 of Chloe x Halle, Beyonce‘s soulful singing sister proteges. Now, she’s going by Chlöe and she’s making sure you don’t forget it. 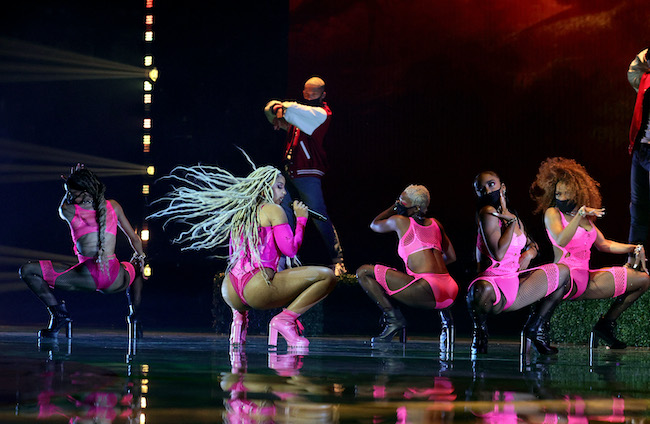 We knew her solo debut at the MTV VMAs would be good, but we weren’t expecting everything she delivered as she performed her new single "Have Mercy," which was released on September 10th. The music video features Chlöe a modern-day Medusa. For her VMAs performance, she gave that and more.

Catch the Parkwood vibes below:

EVERYTHING FROM A-Z AT THE 2021 VIDEO MUSIC AWARDS!