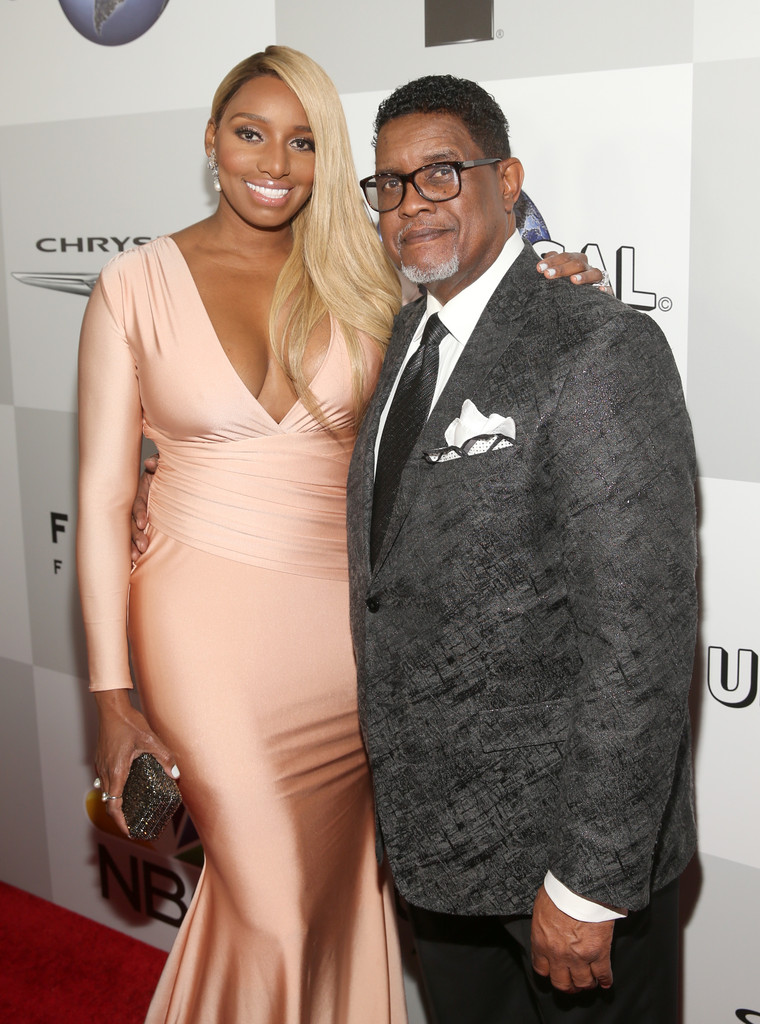 In horribly sad news, Gregg Leakes, who often appeared alongside his wife NeNe Leakes on "Real Housewives of Atlanta" for 12 seasons, has died at age 66.  The full story below.

After battling colon cancer since 2018, Gregg Leakes, 66, has died.  He transitioned peacefully while being surrounded by family and friends, according to the family’s longtime publicist Ernest Dukes. The statement to media read:

"Today the Leakes family is in deep pain with a broken heart. After a long battle with cancer, Gregg Leakes has passed away peacefully in his home surrounded by all of his children, very close loved ones and wife Nene Leakes," said Dukes.

"We ask that you pray for peace and strength over their family & allow them to mourn in private during this very very difficult time."

Several days ago, NeNe told patrons at her Linnethia Lounge in Duluth, Georgia that the end was near.  She told the crowd in a now viral video, "My husband is transitioning to the other side."

It came as somewhat of a surprise because NeNe’s last major update about Gregg was two years ago, and it was that his cancer was in remission.  That is, until she revealed during a painful segment of an Instagram Live interview back in June that his cancer had returned, and he had been hospitalized for the past 6 weeks.

"It’s difficult," she said during the interview. "He’s super small. If you’ve ever been around somebody who’s had cancer before, he’s different. He’s different."

NeNe posted just a couple days ago that she felt "Broken", and understandably so.

Their 22-year-old son, Brentt, took to social media soon after to pour out his heart about how much people should value their loved ones while they’re here.

NeNe also posted that her Lounge would be honoring Gregg’s life with an AfroBeats inspired night.

NeNe and Gregg were always a strong couple on the Bravo franchise, but they worried viewers back in 2018 when NeNe made it known she was considering another divorce due to his drastic change in behavior, very much due to the cancer.

"It’s been a big transition for Gregg and I and our entire family," she told PEOPLE in November 2018. "To learn that Gregg has cancer? Our lives just changed that day. Our whole routine changed. Just … everything changed. I don’t have cancer. Gregg has cancer. But I feel like our whole house has cancer."

"He’s a changed person, his attitude changed," she continued. "I feel like that day I lost my husband. Our whole dynamic changed. Sometimes I forget that he’s sick and I need to remind myself because he’s so on edge. He’s not nice, but he can’t help it."

NeNe seemed to have a rough time on the show during that period, and left completely in 2020. Still, NeNe always made it clear her love for Gregg was steadfast.  And Gregg even apologized for taking things out on the ones he loves the most.

We’re keeping the Leakes family and their loved ones in our hearts and prayers during this impossible time.