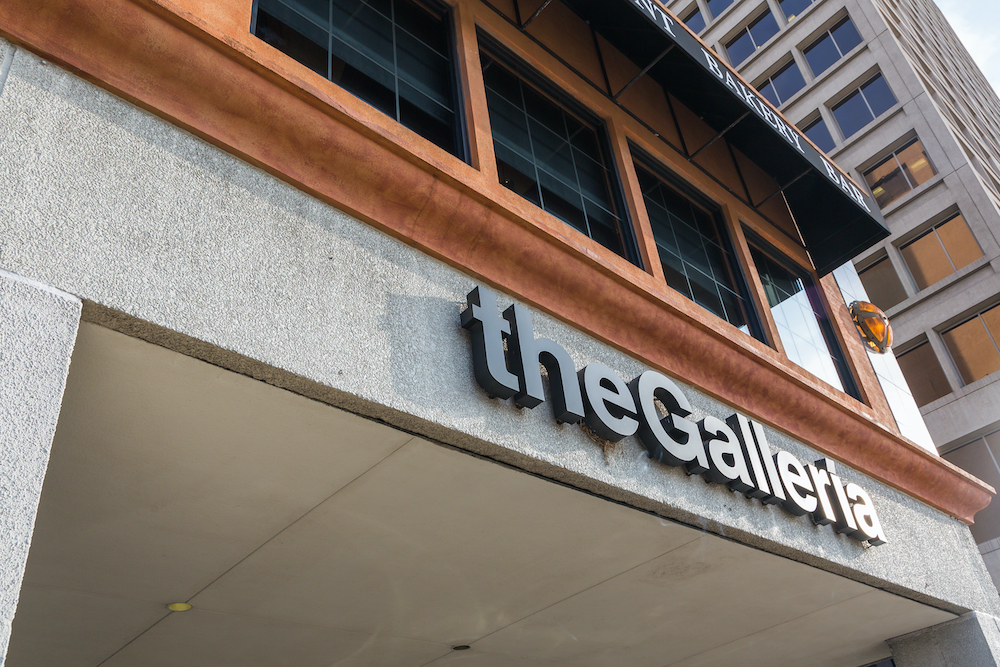 The weekend kicked off with a frightening shootout at the most popular mall in Houston, TX this evening.  Details below on the officer-involved shooting where the suspect is still at-large, and first hand stories of mall goers taking cover in stores.

Around 7:50p EST tonight at the Houston Galleria, shots rang out.

According to Houston PD, off duty police officers were alerted of shots being fired inside near the food court.  Then, one suspect shot a male complainant in between the garage and a door of the mall.  When the suspect saw one of the officers, he shot at the officer.  The officer shot back, but it’s unknown if the other person was hit.  The complainant was shot in the leg and is currently in surgery at the hospital.  It’s unknown what led to the initial shooting of the complainant.

The suspect is currently at large.  He is an African American male, aged 20-25, and has a large single strap bag across his shoulder.

The Houston Police Department gave a briefing tonight with details, and said the situation is unfortunate.  Police Chief Troy Finner called out the "knucklehead" who caused this panic and shooting tonight in the mall with so many families and kids, and confirmed the police are coming after him.

HPD commanders and PIO responding to a scene at the Galleria Mall. Preliminary information is about 7:50 p.m. a suspect fired weapon inside the mall and an HPD officer returned fire.

Unknown if the suspect was struck. Officers are searching for him now.#hounews pic.twitter.com/ICCTEYCMfs

The shooting, understandably, caused panic inside the mall.  People posted that they were stuck inside of stores that were on lock down, and locked in back stock rooms for safety. 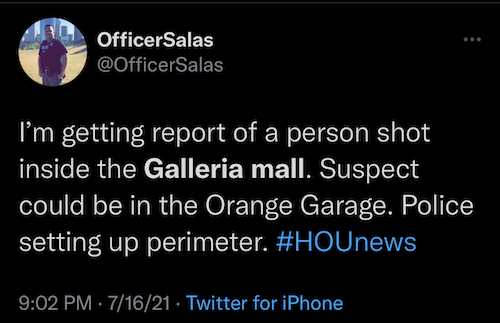 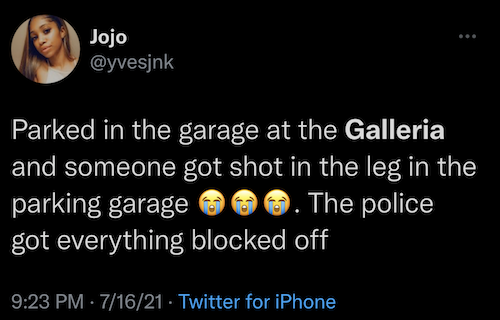 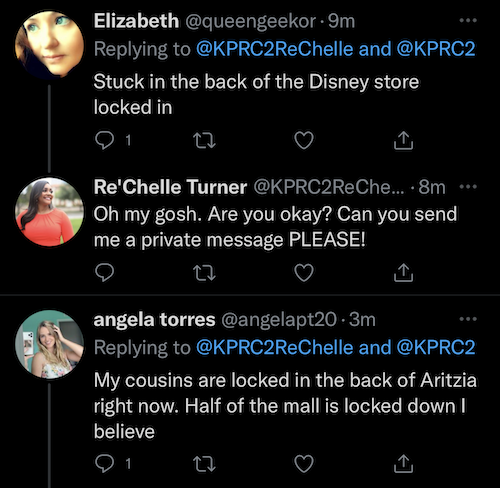 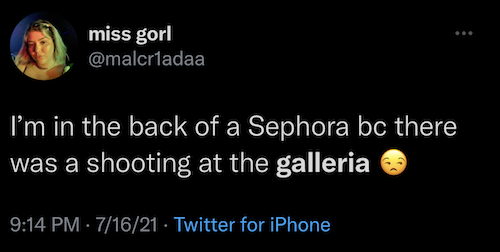 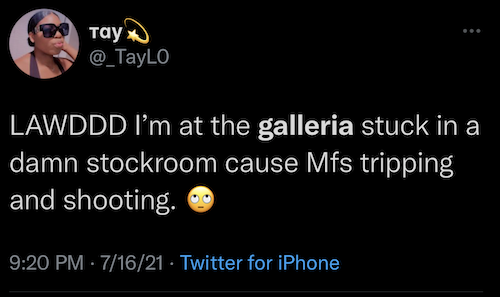 The mall is set to be open tomorrow as this is believed to be an isolated incident.

There were reports of a shooting at the Galleria just this past March.  Panic ensued, but police found no evidence of shots being fired.

Police Chief Finner said today, "This is a sign of the times."

Stay safe out there, y’all!