Get it all inside…

Black female athletes took over the 2021 ESPY Awards, which was held at The Rooftop at Pier 17. There was so rain, but no amount of weather was going to stop their shine. 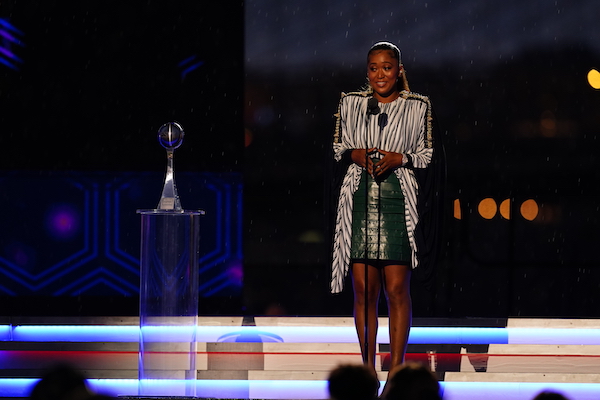 It’s been a tough year for tennis star Naomi Osaka. In an effort to protect her mental health, she withdrew from three major tournaments: the German Open, the French Open and Wimbledon before she heads to the Tokyo Olympics. She came under scrutiny for her decision, but she’s still soldiering on and the ESPYs took notice.

For her first ESPY Awards experience, the 23-year-old tennis star nabbed this year’s Best Female Athlete award. The four-time Grand Slam winner kept her acceptance speech short and sweet, fighting through her social anxiety, which she has been very vocal about online.

“I just really want to not say a long speech because I’m a bit nervous … I know this year has been really, it hasn’t even finished, but it’s been really tough for a lot of us,” she said.

“For me, I just want to say, I really love you guys and this is my first ESPYS so it’s really cool to be surrounded by all these incredible athletes. I think all of you guys are really cool and I watch some of you on TV so it’s really surreal to be here … Thank you so much.”

Before accepting her award… 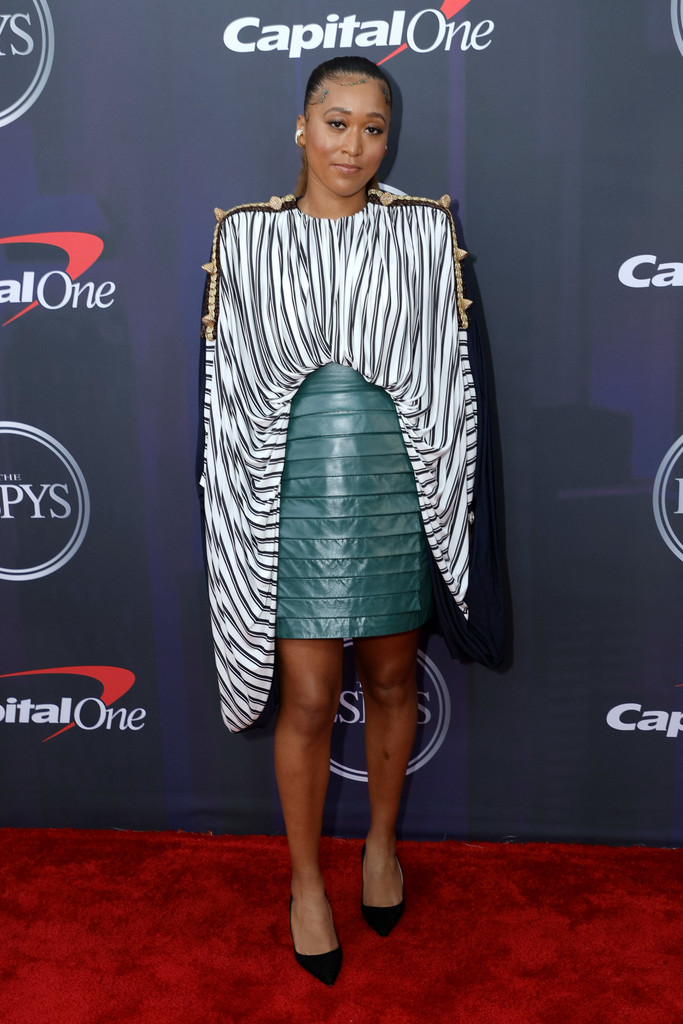 The tennis champ – who was accompanied by her rapper boyfriend Cordae – hit the red carpet in a showstopping look that featured a black and white striped top with draping sleeves and a green Louis Vuitton skirt.

Naomi completed her look with a sleek ponytail that featured green gemstones in her baby hairs:

And here she is in the front row alongside her BAE Cordae:

Cordae front row with Naomi Osaka at the Espys pic.twitter.com/TO3TKiCD4r

I first teamed up with @Barbie in 2019 and today we’re introducing the Barbie Role Model Naomi Osaka doll. I hope every child is reminded that they can be and do anything: https://t.co/GrPuW1WkMn

Fun fact : (the doll is wearing my outfit from the 2020 Australian Open lol) pic.twitter.com/DlL98lNfQj

Mattel is gearing up to release a Naomi Osaka Barbie doll. Sweet!

Also at the ESPYs… 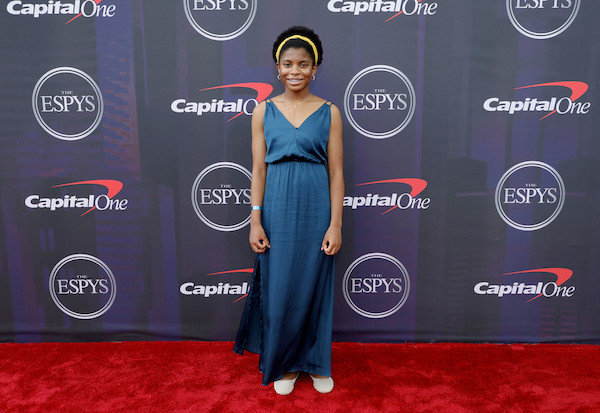 Zalia Avant-garde is having an amazing summer!

After becoming the first African American Scripps National Spelling Bee champ, the 14-year-old Louisian native made her way to the red carpet for the 2021 ESPY Awards. As we previously reported, Zalia is a basketball prodigy in her own right with three Guinness World Records for basketball under her belt, which include most bounces of four basketballs in 30 seconds, most basketballs dribbled at one time and most bounce juggles in one minute, using four basketballs.

The newly minted Spelling Bee champ couldn’t believe she was on the carpet at the ESPYs.

"I’m feeling pretty good. I still can’t quite believe that I won Scripps National Spelling Bee, so I’m still waiting for that to settle in,"she said. "So I guess my weekend is gonna get even more exciting when I realize."

Peep a clip below:

Another YBFer on the carpet… 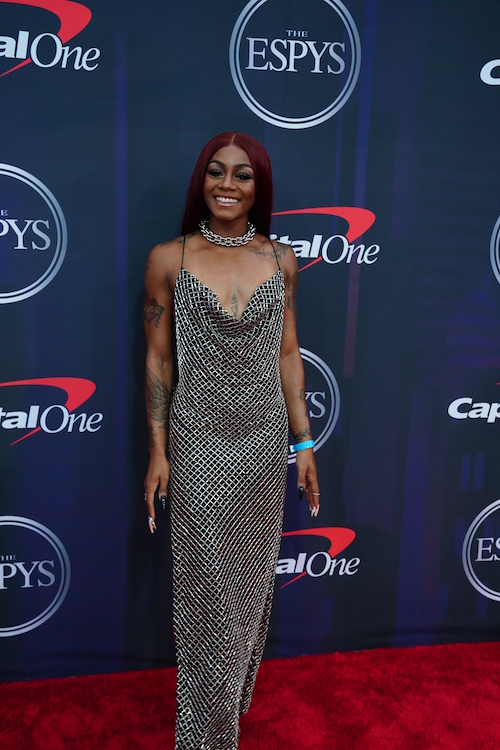 Sprinter Sha’Carri Richardson – the fastest woman in America – isn’t going to the Tokyo Olympics, but she still has tons of support from her fans, including host Anthony Mackie. 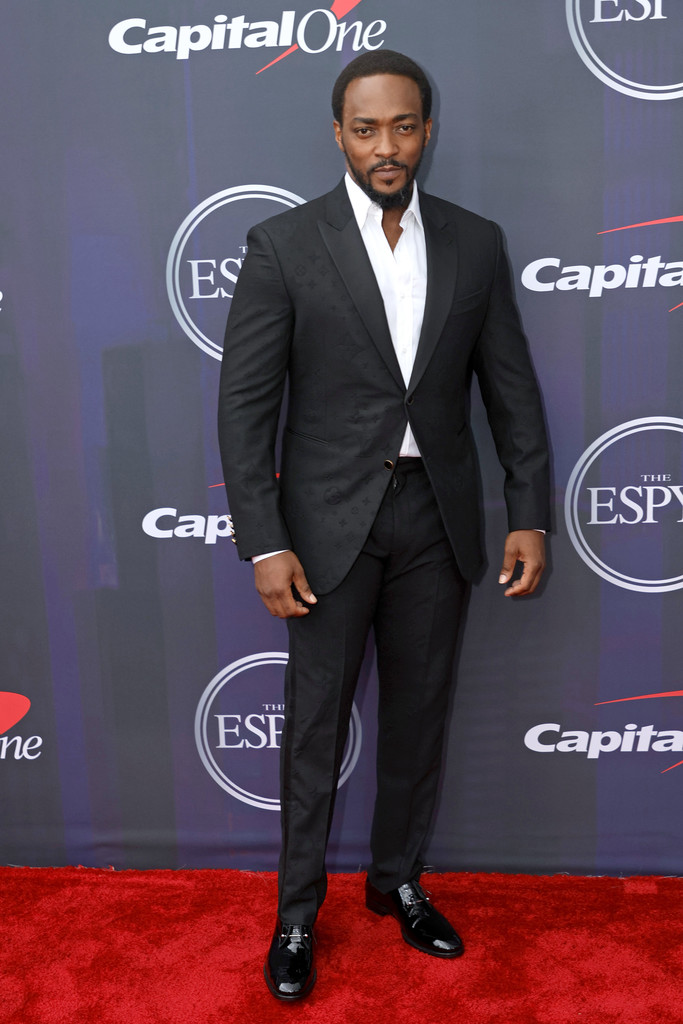 During his opening monologue, Captain America fired shots at USA Track & Field for suspending Sha’Carri over a positive marijuana test.

"The greatest celebration of sports is back! We up here on a rooftop in New York City. Man, we’re so high they wouldn’t let us compete in the Olympics," he joked.

"How do you justify banning Sha’Carri Richardson for smoking weed? Weed is a de-hancing drug. It doesn’t make you do anything but want to watch another episode of ‘Bob’s Burgers.’ You never saw Snoop Dogg run anywhere!" 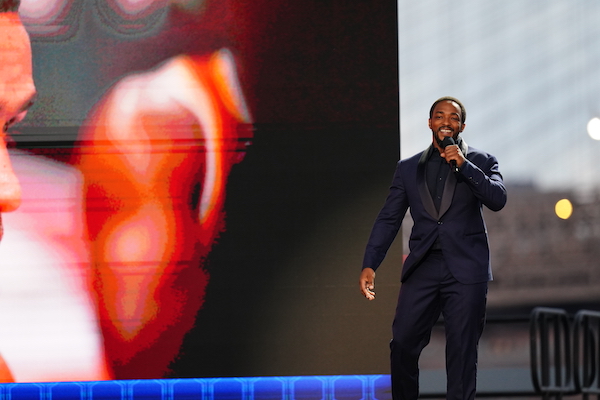 Anthony Mackie also called out the World Tennis Association for not supporting Naomi Osaka after she pulled out the French Open and Wimbledon due to mental health.

Ha! Peep his opening monologue below: 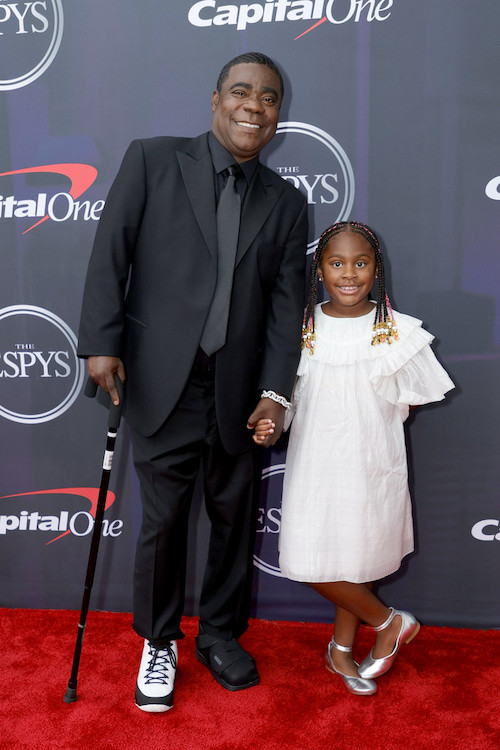 Actor/comedian Tracy Morgan brought his daughter Maven Sonae along with him on the red carpet as his date. It was an extended birthday celebration as his daughter – whom he shares with his ex-Megan Wollover – celebrated her 8th birthday earlier this month. In August 2020, "The Last OG" actor revealed he and Megan were getting a divorce after five years of marriage. 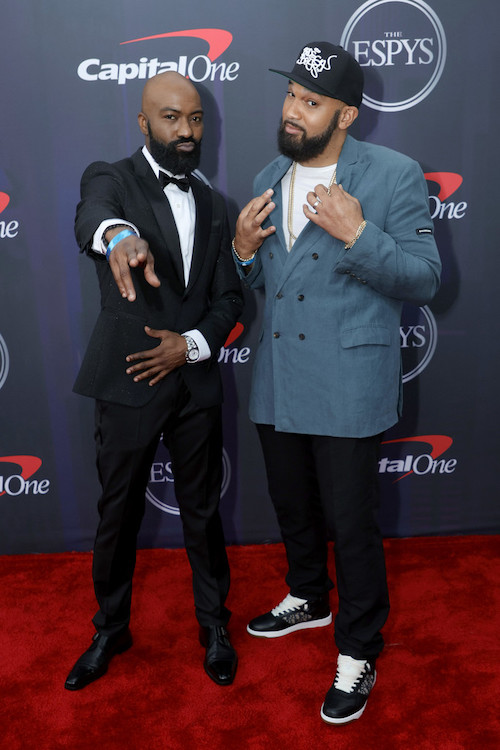 Comedians Desus Nice and The Kid Mero were tapped to present, so they hit the carpet. 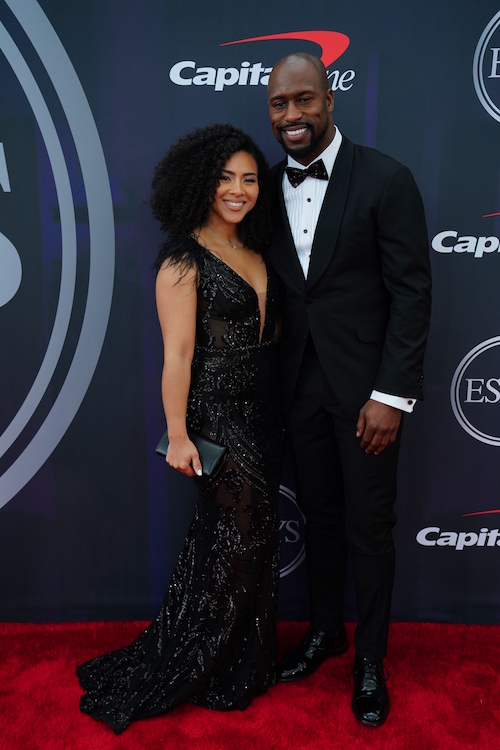 Former NFL star/emerging actor Vernon Davis served as the voice of the ESPYS where he introduced presenters and kept the laughs during breaks throughout the night. He hit the carpet with a guest before getting to his duties. 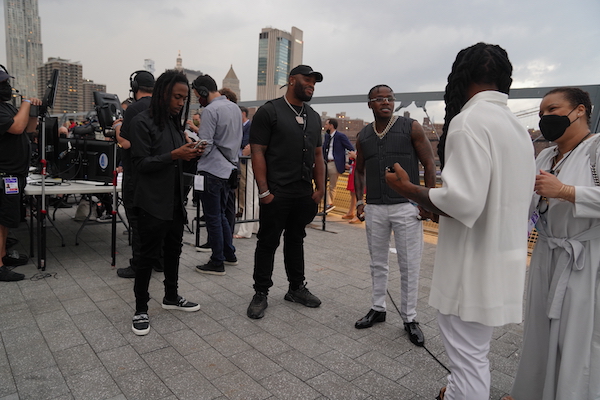 Rapper DaBaby was in the mix as well to show love to his home team. He presented Charlotte Hornets guard LaMelo Ball with the Best Breakthrough Athlete award.

University of Connecticut point guard Paige Bueckers was named Best Female College Athlete. She used her acceptance speech to honor Black women and their contributions to the sport. Peep her speech above.

You can check out the full list of winners at the 2021 ESPY Awards here.