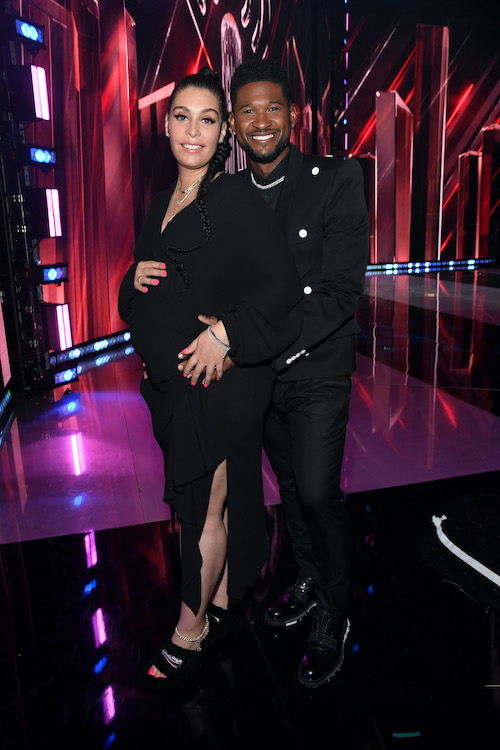 Welp, that was quick.  Baby #2 is on the way for Usher and his girlfriend Jenn.  Deets inside.

The iHeart Awards host  and soon-to-be Vegas showstopper Usher has A LOT going on these days. And he’s now added another baby to the mix! 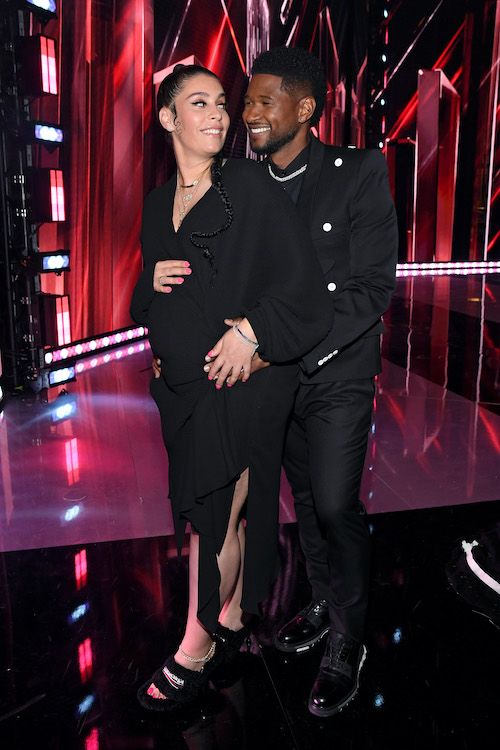 The 42-year-old has clearly been making moves during this pandemic both on and off the stage.  He’s got another baby on the way, making it his fourth child total.  He shares his two oldest boys with ex-wife Tameka Raymond.  He and girlfriend Jenn Goicoechea also welcomed a baby girl in September named Sovereign Bo Raymond (pictured below).  And they posed it up backstage at the iHeart Awards a few nights ago with a baby bump (pictured above).  Jenn also posted the pics on Instagram saying, "Another one!"

As for Baby Sovereign’s unique name, Usher told "Extra" that it stems from her ruling the household:

“So Sovereign… is such a beautiful word and name to me, you know, a supreme ruler is obviously the defined name… She’s definitely ruling the household, but Sovereign Bo Ray — Bo is at the end of it, so she’s my little reign-bo,” he said pronouncing it like rainbow. Gushing, he added, “I’m on diaper duty plus, man, and she has yummy toes. Yes, I can’t help it.”

Usher was on hosting and performance duty at the iHeart Awards, killing the stage harder than most of his younger R&B cohorts with a "You Got It Bad"/"You Don’t Have to Call"/"OMG" (plus all his other hits) mash up. You couldn’t tell he hasn’t been getting much sleep being up with an 8-month old most nights:

Ursh is gearing up for his Vegas residency too, kicking off at the Colosseum at Caesars Palace on July 16.  Yes, with the Ushbucks and all. 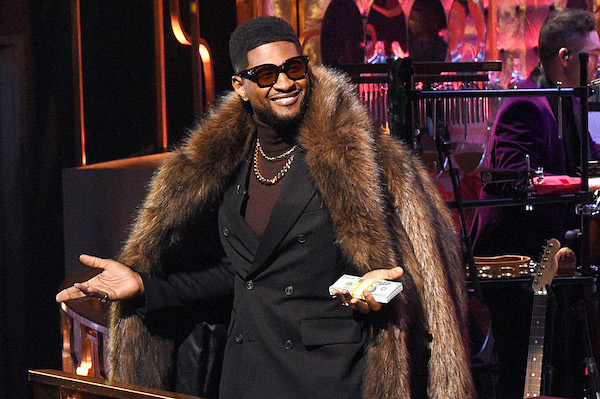 “So as we count down my Vegas residency, man, I’ve been wanting to do this for many years. And what better time than the present to make it happen? I’ve been in preparation for that, and this is just a bit of a warm-up for what you’re going to get in July.”

He’s using his Ushbucks to promote the show. “So [last Wednesday], actually we’re launching online Usherbucks.io… Of course, you’ve seen and heard about the Ushbucks,” he said, handing some to Jenn and joking, “Don’t spend it all in one place, baby… It’s all about the Raymonds, baby, all about the Raymonds.”

ALL ABOUT THE MUSIC: A LOOK INISDE THE 2021 'I HEART RADIO' MUSIC AWARDS